EDITORIAL: These are just my opinions and views. They may get somewhat political, and you have been warned. I welcome open discussion about the topics and subjects discussed. But let’s keep it friendly and peaceful.  -Marilyn 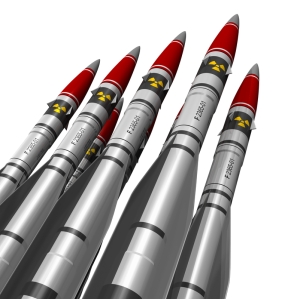 It’s Friday, April 14, 2017 in California. I’m sitting doing a basic thing, clearing my email of all it’s spam to free up memory on my computer. You know, typical Friday night stuff for people that have no social life. But then, writer’s are a strange lot. We can have enjoyment of just being in our zone, because after I’m done clearing space, I can work again on a number of writing projects I have on my docket. But as my Kpop (Korean Popular music) by SS501 is playing in the background, my heart is haunted by some revelations tonight.

In a few hours, North Korea will be celebrating it’s biggest holiday, the founding leader’s birthday, which apparently, is the time that the country likes to flex it’s muscles and show off it’s shaft size by shooting off a missile or two, lately of the nuclear sort. It’s happening at the start of a weekend, and there are US ships nearing the shores with planes ready. For what, I’m not sure.

There’s a trigger finger president in office that will remain nameless right now, since I’d rather not write it, and it’s getting as deja vu as the Cuban Missile Crisis. Apparently, that was the last time Americans were worried about a possible WWIII. It was with communist Cuba having Russian missiles on its soil. President Kennedy negotiated over several days a peaceful resolution. But records have revealed missiles were pointed and some pretty vile lines almost were crossed. So, again, history might be repeating itself with this weekend.

I had thought the world had grown up finally. I grew up in the 80s, and lived with the threat of nuclear war. I knew being in California was pretty much a huge target, especially in the Silicon Valley. But I had faith when I was younger that the world couldn’t be that stupid. It just couldn’t.

But people that smoke also know it is slowly killing them. Could we be really that stupid as a world? Letting old men with big toys play with the lives of young men? In the name of old scores from people long dead from the 50s. Ok, even as I rant about this, it seems silly. But so is all of this posturing of the larger weapons. Seriously, who names a bomb “The Mother Of All Bombs” and drops it. What does that say?

I’m trying not to get political, but war is super political. I will go on record and say I didn’t vote for the current president. I may loose readers or followers for this, but it was my choice. And I’m living with the fact he’s President, just like when my choice for president lost in the past. But I’m feeling the need to pray for some sanity, some logic, in the posturing between the US and North Korea right now.

Seoul has millions of people nearby, and of course, South Korea and other nearby countries will be easy targets. Hawaii being attacked was the way the US entered WWII. I’ve lived on the West Coast my whole life, and so has my family, for over 150 years. I have many of my relatives that came for the Gold Rush back in the 1850s. So, I heard stories of WWII, about the Korean War since my grandfather was in the navy and fought in it. None of what is being said is going to do any good unless there is peace.

I just wish cool heads will prevail like they did that October in 1962 when the US almost was in a nuclear war. It allowed me to not be born into a world that was wrecked and damaged by fallout and live a life with music, beauty and Kpop. So, like John Lennon would want to have us be reminded of right now, “I don’t believe in killing, no matter what the reason!” If the current president wants starting a nuclear war as his greatest legacy, than I hope he can live with it. But I know, it won’t be the right thing to do.

I hope history has taught us that preventing nuclear war is the only thing that is logical. The accident at Chernobyl taught us that 30 years later, people still cannot live in the area. If we destroy parts of the Earth and make it unlivable, it will affect the whole world. Will history repeat itself?

If anything, our current US President will start another COLD WAR; just when I thought the world had grown up. If that is the least horrible war he creates, than it’s maybe progress. I just hope all the world leaders are smarter than they appear and realize what is at stake. People in their homes, listening to music, writing, cooking dinner or just trying to live. That’s all people want to do in the end. Just live their lives and not be vaporized.

So, that’s my thoughts on this dawn of this Korean Missile Crisis. Please let wise heads prevail today.

I’ve woken up to the news that at least, North Korea had their celebration parade showing off their missiles and bombs, and haven’t done a test yet. Still hoping and praying that cool heads prevail.

But then, I’ve also noticed other news articles popping up about worries regarding this whole international mess. So, at least I’m not alone. Glad I’m still here this morning, and that hopefully the great leaders in this world will realize that it’s better to just flex their bombs than actually shoot them off. Only the future will see what they finally decide. Let’s hope it’s peace.

Well, there has finally been a peace summit scheduled by President Trump that keeps being canceled off and on. I am hoping for the good of the world that these two leaders can finally meet and start talks for peace. My fingers are crossed, and praying is not out of the question. Let us all hope that this summit will go well on June 12. I’m hoping that both nerves and fingers remain steady and off nuclear buttons.

Update #2: June 12, 2018 The Meeting Between President Trump and Kim Jung Un has Started!

My hopes and prayers for peace go out to these two leaders as they represent the interests of both of their countries. May this meeting in Singapore be the start of peace for both countries.