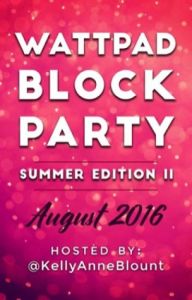 It’s time for another Wattpad Block Party! I’ve joined up in the fun again. I had such a good time in the Winter participating in this event, I signed up for the summer party. It’s over 150 authors on Wattpad getting together and sharing articles, secret chapters, advice, and more. There are giveaways from the authors as well.

Here is my post for my article at the Wattpad Block Party Summer Edition II:

Here’s my Giveaway Link during the Wattpad Block Party. You can win a copy of Never Marry A Warlock Omnibus print edition.

Here is the general link for the Wattpad Block Party Summer Edition II:

Plus, I just finished my Korean drama fan fiction called “Firsts”. It took about a year to get this novella done, but I hope you like how it turned out. I’ve been spending a lot of time editing and getting two manuscripts ready as I submit to publishers. So, it is a nice escape to just write for fun on Wattpad.

Here’s a bit about the novella Firsts: 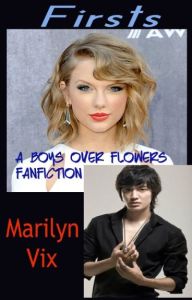 What happened to Gu Joon-pyu while he was in America getting the Schnwa Group back on track? Four years is an awful long time. Enter Tiffany Smith, American Pop star. She seems to be the typical blonde haired, blue-eyed American stereotypical girl except for one thing, she’s nothing he’s encountered before.

She’s a woman that can bring a boy to manhood. They start a romance that will take him down the road of maturity to find himself and what love really can do to a person.

Maybe even F4 will show up to help him find more about himself. Is Jun-di still the one? Or will Tiffany sweep him off his feet?

So, here is the link to FIRSTS:

I’ve also entered Firsts into the Wattys 2016. So, cross your fingers. You just never know. Hope you’re having a fabulous summer! I’m working on getting the next in a new series done that includes characters from the Beware of Warlocks series. Stay tuned for more.

Until next time, have a happy end of summer and Back to School!