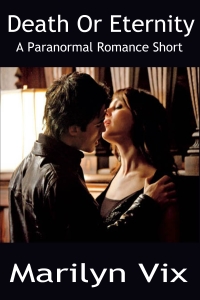 As mentioned in previous posts, I’ve been trying to utilize the website Wattpad for sharpening my writing tool box. I have to say, after 3 months of avid usage, I’m pretty pleased. I’ve been able to keep up on the writing projects that I’ve started. Plus, I’ve discovered something extra challenging, the Wattpad writing contests. So far, I’ve been finding that Wattpad has been a useful extension to help my writing grow.

One thing I’ve found in the last few months are the writing contests on Wattpad. I’ve found several different ones, mostly focusing on genre specific areas. I’ve tried my hand at writing one shots, short stories in a genre. They are more like flash fiction, short stories that run from 1,000-1,500 words. I’ve tried stories in romance and the fan fiction sections. I haven’t won yet. But like most competitions, you have to enter a lot of different ones before you win. So, I keep trying. 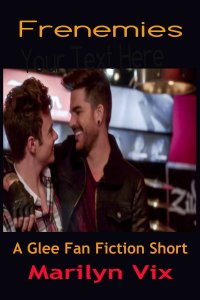 I also like the contests for spurring me to try different types of writing. I recently wrote a slash fiction, or gay romance. This was a challenge since I’m a straight girl, but have been hanging out with gay men for decades. Often I feel I’m a gay man trapped in a woman’s body. I have this curse for falling for cute, pretty boys. But I digress. Maybe someday it will turn into a story.

Also, the contests are great to get your creative juices flowing. Often, the contests are writing prompts that are like writing games. One example would be to try to write a story in 6 words. This can really be a challenge. I tried this for the current romance contest. Or trying to write about a zombie invasion creating a need society that could be viewed as a revolution. Yup. Fun stuff.

Some of these stories may have never been written if I hadn’t tried the challenge of going for the contest. Often, they can be fast and simple, or take a day or two to write. They are worth the fun. It’s also good to look forward to who wins, and reading other people’s entries introduces you to more people on Wattpad.

Here are some of the contest sections I’ve tried:

You can also do a search for contests on Wattpad, and see what might come up. Some are sponsored by websites in association with Wattpad or authors. They come up from time to time, and often are available for a limited time. Here is a link to one that I did in March:

The prizes are another reason to try your luck at contests. Many are sponsored by Wattpad or in association with Wattpad. The prize is often a listing on Wattpad in a featured reading list, and grand prize winners get featured on Wattpad. This is a huge way to get noticed. You can gather readers and followers in the thousands this way. It’s what you’re working towards when writing on Wattpad, and winning a contest can get you there. Other contests with sponsors tend to have a prize connected with them. For example, the HearHere contest got you a feature on their website as well as on Wattpad.

So, hopefully this gives you an idea of one more secret you can try on Wattpad to stretch your writing and increase your chances to be noticed. If this helped, please let me know. I love reading my comments on my blog. Any pointers or contests you’ve found helpful, please leave in the comments and I can add it to the list above for others that come along. I’ve linked my contest entries below if you’d like to see what might be expected. Good luck and thanks for dropping by!-Marilyn